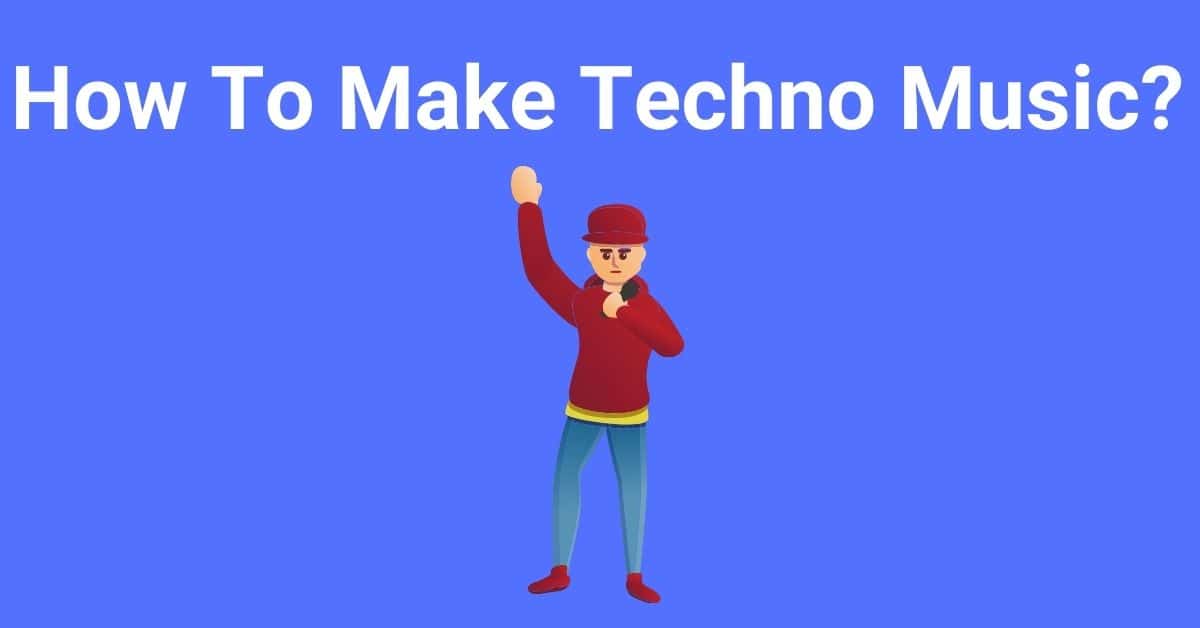 This is a guide that covers how to make techno music.

In this all-new guide you’ll learn about:

Have you been looking to learn how to make techno music?

From the time of its inception in early 80s to the present era, techno music has become one of the most popular genres of Electronic Dance Music.

Similar to how house music was discovered in Chicago’s underground dance place, Detroit is where techno music evolved.

While some of its success can be associated to the popularity of house music, techno is an amalgamation of a variety of genres.

Even though Techno music contains sounds from different EDM genres, it has its own elemental sound which is easy to distinguish.

No matter if you are listening to Ben Klock’s Subzero or Bart Skils’ My Rules, you will find two key aspects in both tracks:

Techno is a hypnotizing genre as it transports you to a world full of fantasies, painting your most vivid of the memories. The enticing hooks engage your mind and soul.

Since the beginning, Techno has been unique when compared to other EDM genres mainly because of the lack of traditional musical content.

Hooks, also known as a drop in a track, are composed keeping in mind the sounds and pitches used in the track. Artists normally do not refer to older, traditional western scale to create sounds.

3 Characteristics and trademarks of techno

Similar to other genres of Electronic Dance Music, Techno also follows a constant 4/4 time for all the tracks.

It provides a perfect structure to create any Techno track between 120 and 150 beats per minute (BPM).

Most artists and DJs play tracks between the said speed and tempo. However, there are some producers who like to take it to next level.

There are Techno sub genres, Hardcore Techno and Speedcore, which are produced up to 200 BPM and 300 BPM respectively.

Let’s further learn how to make techno music by understanding its characteristics and trademarks.

Techno music is widely known due to the powerful drums and synthetized used in majority of the tracks.

No matter if a producer uses EDM software or hardware, this genre is highly styled and synthesized to give it a unique sound.

99% of the times, a Techno track does not have any vocals, but the atmospheric and futuristic sounds taken from samples does the job.

The foundation of Techno music is based on repetitive, danceable beats. No matter what sub genre or tempo the track is in, it will have powerful repetitive drum sounds.

The repetition of drums and hi hats induces the tech-y vibes listeners love to hear when they are on the dance-floor.

3. Compositional technique based on looping

Techno artists normally use looping technique to create and compose their tracks. Popular as a repetitive genre, the compositional technique is as follows:

No matter what type of music you like to create, all you really need is a computer to get started.

You can get any EDM software available on the market which is user friendly and easy to learn.

There is no Digital Audio Workstation or DAW designed specifically for a music genre. You can test and choose the one you are comfortable with.

The most used DAWs are Audacity, FL Studio, and Ableton Live. If you are a Mac user, you can learn and use Logic Pro.

Spend some time reading about different DAWs and learn about its features to make a better decision. You can find demo links here:

Equipment and hardware for techno music

There is no denying the fact that you have abundant EDM hardware choices when it comes to creating techno music.

Once you have strengthened your basics on digital software and tools, it is time to upgrade your equipment and hardware.

However, all these EDM hardware do come at a significant price.

We recommend you establish your basics of knowledge before investing money in equipment and hardware for techno music.

Note: Please be advised that this is not a ‘COMPLETE’ tutorial on how to make techno music. The blog will help you understand the basics before you start producing genre.

Now, that you have familiarized yourself with the basics of EDM software and hardware combined with characteristics and trademarks of techno music, let’s deep dive into steps for actually creating music.

When you are making Techno music, keep in mind that the ‘kicks’ are the most fundamental element in a track. Therefore, it is essential to get it right.

Normally a techno track follows 4/4 kick pattern and is the backbone with its loud, thumping sound.

If you are looking to get the old school techno vibes in your track, try adding saturation and distortion to create the ‘buzz-y’ feel.

Selecting the right kick is just one part in a techno track. How do you take it to the next level and give your track the right feels? Design a rumble bass according to your kick selection.

A deep bass is necessary as Techno music enthusiasts love to feel the heavy kicks when they are on the dancefloor.

A majority of EDM genres follow a similar structure when it comes to production, mainly house music. However, the one thing that differentiates Techno from house and other genres is percussion.

Techno music is known for not having vocals at all. However, you are the artist and can add as many elements as you would like to make your track sound BANGIN’.

Recently, many Techno artists and producers started adding vocal stabs to their tracks to further enhance the futuristic sounds.

You can also record your own vocal (just a sentence) and play it over the track you have created thus far.

Once you have added certain elements in your track, it’s time to arrange it as per the structure. A techno track follows:

Now, there are little to no increase in level or tempo in each stage. Only certain elements are introduced and taken away.

For instance, the main rhythm or chord do not come in until it’s in middle or build up stage.

Techno music relies a lot on FX and different sounding elements to give it a track the right vibes.

From delays to reverb, distortion, and more – you can pick and experiment to find the right balance.

Now that you have all the elements you want in your track, it’s time to run down your track through mixing and mastering.

Every producer wants their tracks to be played in clubs and festivals. You would not want your track to be too loud or quiet no matter where it is being played.

With mixing and mastering, you ensure every element along with its sound levels is on point.

This is the key if you want your track to be successful. Look for any inaccuracies or maybe a section where you can do better.

Another good rule of thumb is to get feedback from fellow producers, friends, and DJs and work on their comments.

Whether you are just starting or stuck in a writer’s block, it is always good to draw inspiration from successful, established names in the scene.

Here are today’s top 5 techno artists you can listen to for reference purposes and we hope you enjoy their live sets.

Charlotte de Witte (born in 1992) recently captured the Techno genre with her incredible music and DJ performances across the globe.

Amelie Lens is one of the first female producers and DJs who emerged in the Techno scene and took it by storm.

Born in 1990 in Belgium, Amelie owns a record label known as Lenske.

Techno doesn’t get bigger than this! Adam Beyer has been in the techno scene since 1995 where he released his first ever solo EP for Planet Rhythm Records called Drum Codes 1.

He’s an uncrowned king of the Techno scene and is widely known for his Drumcode record label.

Bros Brejcha came into scene in 2006 with two back to back big releases in ‘Monster’ and ‘Yellow Kitchen’.

Born and raised in Germany, the Techno artist has released six studio albums and numerous tracks over the years.

Mladen Solomun is one of the biggest and finest Techno producer and DJ.

The accolades speak volume about his success. People love to see and listen to this music!

Final thoughts for getting started

If you are just beginning or needed an extra push to start making Techno music, we have got you covered.

Our brief guide will help you understand the basics of this genre as well as things you should consider in terms of hardware and software.

Let us know how we did. We wish you all the luck and become successful in the Techno scene!