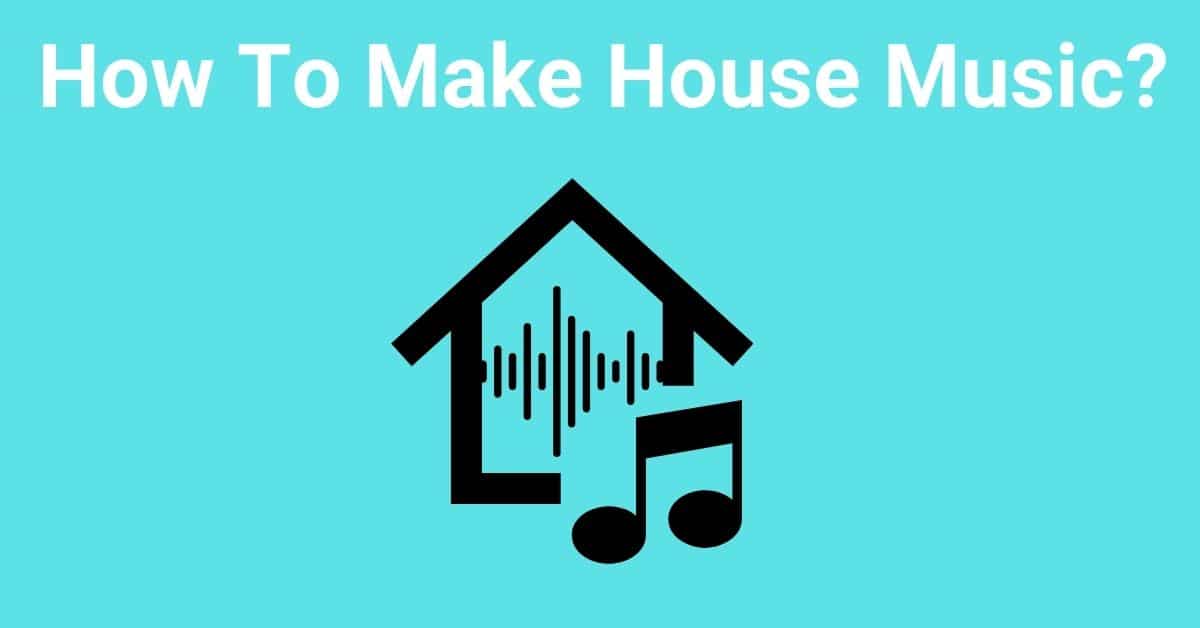 This is a guide covering how to make house music and in this guide we have included 9 tips and artists you can use for inspiration.

For any electronic music producer, knowing how to produce house music is an extremely valuable skill.

Over time, house music has changed and evolved considerably, branching out into a variety of sub genres and styles.

House music sets the foundation of what we popularly know as Electronic Dance Music or EDM for short. Back in the late 1970s and early 1980s, performers like Frankie Knuckles, Rob Hardy and Larry Levan became the pioneers and trendsetters of this genre.

This genre has been around for so long that numerous sub genres have now become popular including deep, progressive, and future house.

If you ever get into a debate with a house fan, you’d be presented with a variety of arguments pertaining to what actually classifies as house music and what doesn’t.

However, this blog is not about different styles of House music, but instead is. We are going to help you learn how to make house music.

Let’s get into it further!

Before beginning, let’s take a moment to learn about different sub-genres of house music. Depending on your interest, you can implement our productions tips on your favorite house music styles.

Every genre of EDM follows a similar structure – likewise, House Music now has trademark sounds which makes it different from other EDM styles.

The genre along with sub-genres follow a 4/4 time beat structure where the tempo of tracks varies between 120 BPM and 135 BPM.

Now that you are aware of the basics of House music, let’s help you understand and learn how production works for this genre.

1. Pick your sub genre and style

From the time house music initially came onto the scene to what it is now – it has become a very diversified genre.

House music consists of many different styles and if you have spent any amount of time in the EDM scene or been to house party where house music is played you are bound to hear a conversation that breaks down what characterizes each house sub-genre.

Before beginning to learn production, it is essential to determine what sub genre appeals you.

We recommend you pick ONE sub genre until you have learned every production related thing about it and from there experiment with other styles you like.

This is mainly because every sub-genre is different from one another in terms of style, musical elements, structure, tempo, and more.

For example, Bass house and progressive house both follow a 4/4 beat structure, and the BPM varies between 120-126 BPM however, bass house is WAY different as it has heavier bass and lead sounds.

2. Start with a reference track

Every beginner producer should start with a reference track and here’s why.

When you are first starting out there is nothing wrong with mimicking the production style of your favorite house producer.

Learning how your favorite artists produce their tracks and developing a good understanding of the fundamentals will allow you to start adding in your own style later down the road.

This is how I started learning music production.

Whatever genre or style you want to learn, it is recommended to pick a FINAL version of the track you love most and make sure it is the same genre and style.

Let’s suppose you want to learn how to make progressive house.

This practice will help you understand how to create and structure your track.

Let’s be clear, drums are a staple in every EDM genre. It is one of the most important elements of your track which gives volume to the melody, rhythm, and beat you produce.

Another reason why choosing a sub genre beforehand is necessary is because all elements in your track (including the kick drum) will vary.

If you are producing bass house, you would need a louder and heavier kick drum compared to something like tropical or progressive house where you might use a balanced kick drum instead.

4. Begin with a loop

Once you have selected your drum, it’s time to choose other elements such as claps, snares, bass, and chord progression.

The basic structure of a House music track is:

The intro and builds follow compositional technique based on looping.

Here are some of the elements you would need for looping. This will also give your track the direction if you do not have a planned melody in mind yet.

No matter how good your buildup or melody is you will want to have good sample packs if you want it to sound high quality and professional.

Finding good audio samples also means you have one less thing to worry about and can focus on mixing since you are not creating your own sounds.

If you are feeling experiment-y, you can also try selecting samples from other genres and see how you can use them as per your genre and style.

6. Use third party plugins to help build your side chains

Every house music track has that ‘pumping’ effect!

This effect is called sidechaining and gives your track the extra kick or power. Over the years, it has become one of the most important component of House music.

Sidechain is a compressor that is triggered whenever a kick is played in the track.

Added as an alternate audio track, this technique will lower the overall volume of the track to make the kick drum sound bigger and better.

You can either use DAW’s built-in plugin or third party plugins to help build your side chains.

This is where your creativity kicks in!

Every track that stands out or has won awards in EDM is due to its unique and appealing melody.

House music has a history of having snippets from good quality audio samples packs with groovy synths and vocals.

You can either use these packs to come up with your own melody or create one using your preferred instruments and structure them in your tracks.

Irrespective of how you design your melody, note that this is what your track will be known for – your MELODY!

Once you have all elements and components of your track, it’s time to mix and master for better overall quality.

Your goal is to play these tracks or hear them being played in big clubs or festivals and mixing and mastering is crucial to achieve this.

Mixing and mastering is a crucial step in the music production process and its an important process to make sure your track sounds top notch.

This means the kick and basslines should not clash and the track should not be too loud that it starts clipping.

One thing to keep in mind is that, as you get more advanced or if you decide you want to take music production more seriously you will want/need to invest in either studio monitors or studio monitor headphones.

In all likelihood you will need both depending on what you are working on.

You can hold off on buying this equipment at first, but eventually there really is no way around this investment but it will be well worth it.

The reason these two pieces of equipment are essential for intermediate and professional music producers is because they allow the listener to hear fine details more clearly that would otherwise be difficult to hear on standard speakers.

Producers spend hours refining their track on studio monitors which deliver a very flat and “true” sound. i

Producers build their tracks using studio monitors which deliver a flat sound so that when they get their bass or other elements sounding perfect in that environment then it is sure to sound great over speakers in the club or at a festival.

If you’re looking to get studio monitors we recommend checking out the KRK Rokit 8 G4. The Rokit studio monitors are incredibly popular and if you pop over to YouTube for music tutorials or watch your favorite producers record themselves building a new song you will most likely see the Rokits pop up quite a bit.

9. Get feedback from friends and play it out on the dance floor

Be open to criticism and constructive discussion if you want to learn and excel in music production.

Whenever you finish a track, always have someone else (or a professional) listen your track and provide feedback.

This allows you to further refine your track and/or add any missing elements.

5 House and progressive artists to draw inspiration from

We have tried to list as many tips as possible to help you get started, but if you don’t know where to start or have been hit with writer’s block then we recommend checking out these top house artists.

He is one of the few Grammy-nominated electronic music artists best known for his tracks like Fire & Ice and I Remember.

Tap into some inspiration and lose yourself in Kaskade’s amazing set from SoFi Stadium in LA.

Everyone loves Tchami for his futuristic sounds. One of the faces of Future House, Martin Joseph Léonard Bresso is a French DJ and producer.

He is considered as the pioneer of Future House alongside big name artists Don Diablo and Oliver Heldens. Some of his best tracks include Praise (featuring Gunna) and Adieu.

Debuted in 2006, Chris Lake got instant fame and success in the House music scene with his hit track called Changes.

He is a British DJ and record producer famous for producing Electro house and Future house. Other renowned tracks are Turn off the Lights and Boneless with Steve Aoki and Tujamo.

My personal favorite from this list. Lane 8 is MAGICAL.

Daniel Goldstein is the face behind Lane 8 who is known for his deep and progressive house style. He is an American DJ and producer with successful tracks like Oh, Miles and Brightest Lights. My personal favorite is Road with Arctic Lake.

Deadmau5 is the face of House music, overall. The Canadian producer and DJ is known for his progressive style tracks and has a separate alias for Tech house called Testpilot.

He came into the scene in 2005 and got immense fame and success due to unique sound. Strobe is still one of the best tracks ever producer in the EDM scene.

Final thoughts for getting started

Get started right away!

With our tips and tricks along with artists to draw inspiration from, we hope you can become a successful House music artist.

I am a participant in the Amazon Services LLC Associates Program, an affiliate advertising program designed to provide a means for us to earn fees by linking to Amazon.com and affiliated sites.