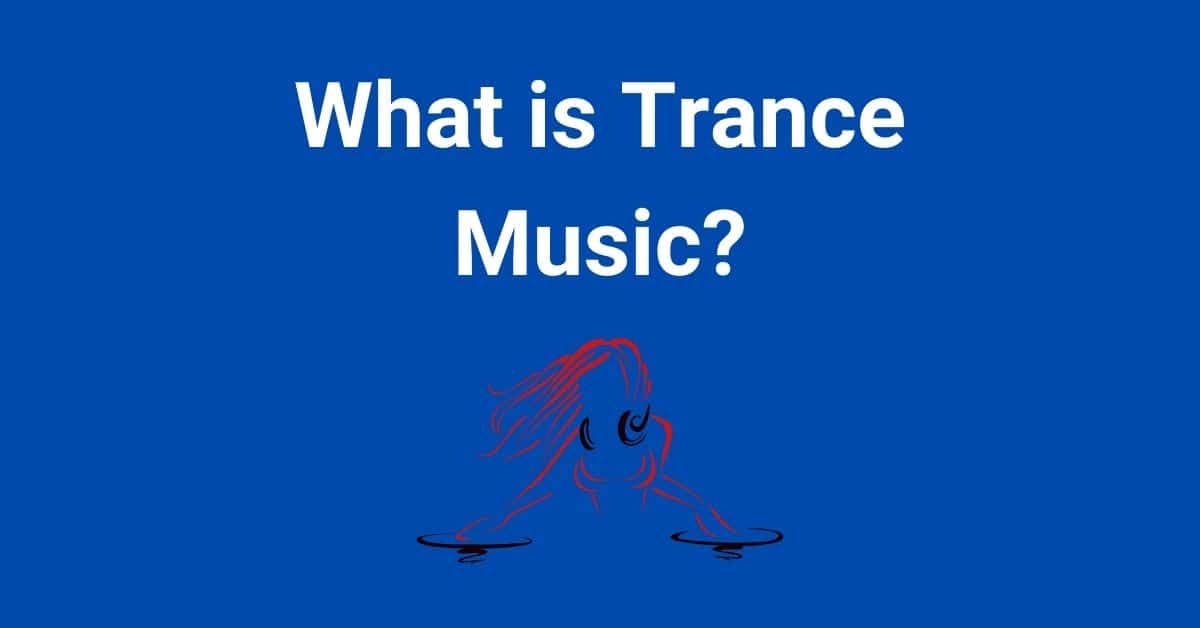 The birth of electronic music brought with it various unique genres.

Of these new styles, trance music is a notable one worthy of discussion.

Trance is specifically composed to manipulate its listeners into experiencing a hypnotic state reminiscent of a psychedelic trip.

The music started to gain popularity in the late 80s and early 90s, parallel to the birth of techno and house music.

Though trance can be categorized as one style of electronic music, it has distinct qualities that set it apart from its electronic siblings.

This article looks to take a more in-depth look into the funky world of trance— let’s take a trip with us.

What is Trance Music?

Trance music is a part of the electronic music genre. It was born from the new age British music scene, German techno, and hardcore music scenes in the 1990s.

Now, trance is considered a music genre on its own, often taking influences from other music genres, including techno, house, pop, chill, tech music, ambient tones, and even classical music.

A trance can be described as a state of hypnotism and blurred consciousness.

It can be triggered by spiritual meditation, the use of psychedelic drugs, some breathing techniques, or even occur almost randomly.

Trance music mimics this state by building up tension through a series of build-up beats and release layers.

This music’s primary goal is to create tension and make people lose their consciousness in a trance state.

Modern trance music is often combined with other genres such as electro and progressive house.

Modern trance tracks may also include harsh bass lines and drum beats while still keeping its roots of melody breakdown and longer transition.

Trance music is defined by its tempo, around 135-150 BPM, along with repeating melody and a musical form that builds tension through the so-called ‘peaks’ and ‘drops’ elements.

One of the most common trance music characteristics is a climax followed by a soft beat release leaving an atmospheric melody to hang for a while. The beats are gradually built up again.

Trance tracks are usually long to facilitate the multiple series of peaks and drops so the music’s goals can be achieved.

The tempo of trance music is usually faster than house music.

It incorporates kick drums and other percussion elements on the downbeat and open hi-hats and snare rolls on the upbeat.

The tension is built through the frequency and volume.

Trance tracks often use a central melody or hook as part of its main theme and are repeated throughout the entire track.

On each breakdown, a simplified form of the lead motif is introduced to give the listener a sneak peek of the climax.

In the climax, the main melody is revealed and mixed with the first part of the track.

What Trance Music does to The Brain?

Our brains are easily manipulated by the things we listen to.

Trance music’s effectiveness relies on this principle. Its repetitive melody sends signals and creates a pattern in the brain.

This can calm its listeners or make them feel “trippy”. When you reach this state, your brain releases dopamine, also known as the happiness hormone.

Dopamine is also known as the rewarding hormone, so your brain may ask for more.

This is precisely why some people can get addicted to trance music and crave for its trip on a daily basis.

Before you get your pitchforks out and start calling it the “demon’s music”, you should understand that trance music is neither harmful nor damaging.

In fact, it can be a useful soother to those struggling with panic attacks or anxiety.

The repeated melody in its tracks calms the brain and is proven to slow down your heart rate.

Every time we enter a discussion of who invented a specific music genre, the answer is never straightforward.

Music is a product of long developments and experiments. For instance, before the term trance music gains popularity, similar sounds with repetitive melodies have long existed.

These sounds were referred to as “acid house” or “atmospheric house” in those days.

It gained popularity in clubhouses where psychedelics like the magic shrooms (psilocybin mushrooms) are often used.

A quick Google search inquiring as to the inventor of trance music would yield a range of answers because it is not that simple.

For example, you might find Klaus Schulze mentioned— a German musician who experimented with minimalist music with repetitive sounds.

His 1988 album “En=Trance” is also solid evidence. However, some argue that Sven Vath is the true trailblazer for creating early trance tracks.

On the other side of the globe, fans of Yuzo Koshiro and Motohiro Kawashima claim otherwise, stating that these trance music artists have been developing trance soundtracks for video games for far longer.

Regardless of which person actually invented trance music, it is a general understanding that the genre was born in Germany and later spread through other European countries.

Detroit techno may have inspired German trance music artists and later added atmospheric ambiance and repetitive patterns to create the trance genre we all know and love today.

Also known as the first wave of trance, these tracks are characterized by the use of the Roland TB-303 bass machine as the lead synthesizer.

The tracks are characterized by the emphasis on the melody and repetitive chords.

Also known as dance core, it is a hybrid of dream trance, progressive trance, hard trance, and Eurodance music.

It is a fusion of electronic music and anthem trance. The main characteristic of these tracks is the cold and dark feeling with grandiose synthesized melody.

Futurepop also incorporates vocals and lyrics on its tracks.

It takes influences from Indian classical music and instruments.

Hard trance is aggressive but produced at a slower tempo.

Also known as Ibiza trance or Balearic beat, the tracks are influenced by various relaxed music genres such as the Ibiza chill-out style.

The tracks are more melodic and mellow and often feature seaside elements.

It is a new genre that can be described as a more minimalistic trance.

The tracks have more breakdowns than regular trance but with less acid sounds.

The chord progression is the main feature on the tracks.

Developed from Goa trance with a lot of spontaneous sounds and samples.

Darkpsy does not feature any vocals, but it is common to use speech samples from movies or other genre elements.

Also known as melodic psytrance, it involves futuristic melodies, electric guitar, and vocals. It is considered a more radio-friendly trance.

A fusion between techno and trance. Use mostly consistent bassline, drums, percussion, and ambient pad.

A broad term of trance with a full set of lyrics. The tracks can feature real singers or samples from other traditional pop music.

One of the most popular styles of trance that inspired the birth of progressive trance and acid trance.

A blend of different music styles such as jazz, funk, and electronic but has the iconic trance repetitive pattern.

Trance music has its fair share of hardcore fans, so it is definitely not a “dead” genre. But compared to other musical genres, trance music cannot be considered a mainstream music genre anymore.

The number of people listening to trance music is extremely limited and segmented. There are a lot of explanations for this phenomenon.

The repetitive melody can be monotonous for some people, making them hesitant to give it a second try.

From all of these phenomena, we can say that trance music is not for everyone.

Some people may try to listen to trance music, but the tracks will not make it to their regular playlist.

If you are an artist who wants to try to produce trance music, you can go ahead and produce your trance tracks.

There is still a chunk of listeners ready to enjoy your tracks.

But if you are looking for a major breakdown and huge popularity, you may want to try another genre.

Trance music is something we all know but rarely listen to. It is a part of the electronic music scene that has its own listeners, but it is not considered as popular or mainstream music.

There is nothing wrong with it, though. Not every type of music is made for everyone or meant to be part of the mainstream.

This does not have to be a terrible thing either; the exclusiveness of trance music is preferable for many of its fans.

That being said, trance is a must-listen for those craving a new and different type of musical experience.