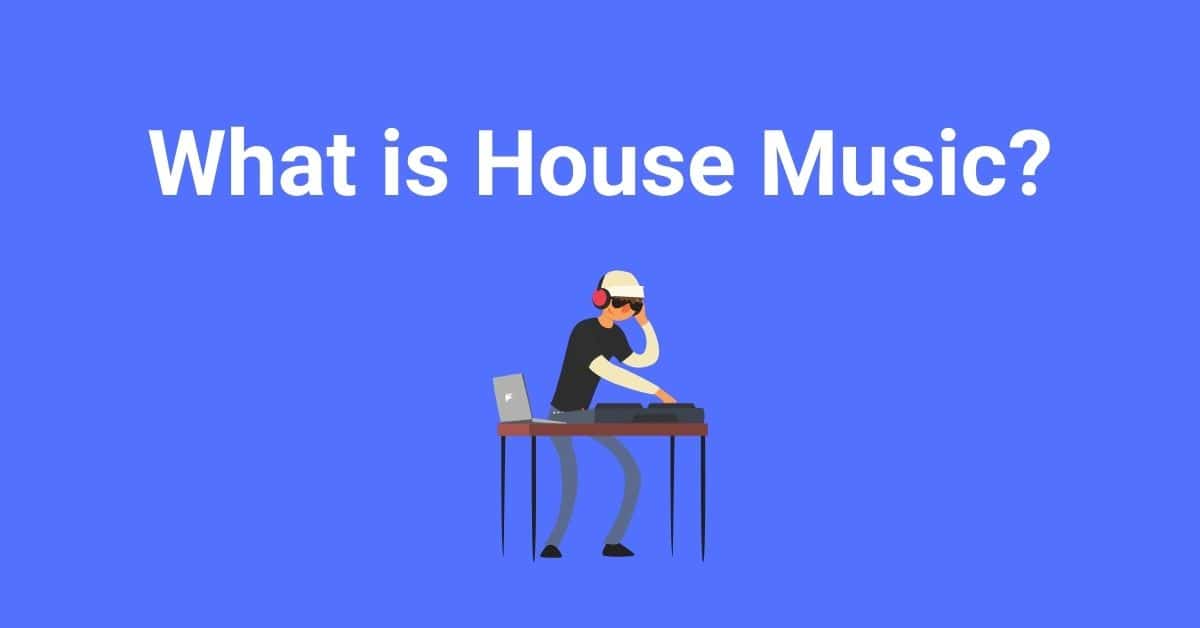 The beat produced from the house music genre is generally very upbeat and lively. One of the identities of house music is being a piece of music often used in nightclubs.

All of the music garnered under the electronic music genre is considered rave music, as people nowadays call it.

What is House Music?

House music is a particular music genre based on electronic dance music.

DJs usually use house music to make the audiences feel more energetic and dance along with the music.

The earliest type of house music developed during the 1980s when people frequented nightclubs every night.

Nightclubs were the place where everyone regularly met. House music initially derived from disco, which was incredibly famous during the 1970s.

People loved to dance to loud and upbeat music during that era, and this is why nightclub music is set to higher BPMs, even up until now.

Nightclub or electronic dance music ranges from 110 to 130 beats per minute, sometimes even more. House music birthed the culture of DJ.

Without the creation of house music, DJs would not be as famous as they are now.

House music is the predecessor of the electronic disco we hear nowadays.

It was the first genre of music to incorporate electronic synth and drum machines.

Why is House Music called House?

House music is an official term and considered as one of the electronic music genres. It indirectly got its name from the first-ever person who experimented and created house music, Frankie Knuckles.

He was the resident DJ of The Warehouse nightclub. The ‘house’ in house music is derived from the word ‘Warehouse’.

House music originated from the sounds of funk, soul, and disco. During that time, people found the music that Frankie Knuckles played unique and easy to listen to.

Back then, people also did not have the same access to music as people do nowadays. They had to go to the record store to buy the music they wanted.

What BPM is House Music?

As house music is a branch of electronic dance music, its dominant characteristic is a fast and lively beat.

The beat ranges from the slowest, 110 beats per minute, up to the fastest 130 beats per minute. Another distinct characteristic is the tempo, which is a four-by-four beat that plays in repeat.

Its rapid beat is known to be suitable for dancing along to.

The slower beat house music can also be listened to when you want to relax.

It is unclear how house music was ‘invented’. Like how other types of electronic music genres come to be, they result from experimentation from remixing songs and integrating machine-induced sounds.

House music is made by mixing and combining many songs and effects that sound well together. The first few pioneers who made house music were DJs like Frankie Knuckles and Ron Hardy.

Frankie Knuckles was a resident disc jockey in the Chicago nightclub called The Warehouse. He earned the nickname “the Godfather of House”.

He often played music with a unique and distinct beat, mixed with disco, and blended in with futuristic sounds.

Ron Hardy was the only one who could play as well as Frankie Knuckles. He used to be the resident disc jockey in the Muzic Box.

They are regarded as the notable figures that made house music as big as it is right now.

There is a wide variety of house music, which derives from the most basic house music.

Many of these sub-genres get recognition, while some others do not.

The sub-genres mentioned here are the ones that connect the most to their root genre.

Acid House is a sub-genre of house music that first became known during the mid-1980s.

The sound was primarily influenced by psychedelic music.

It consists of a lot of hazy sound effect that could lead listeners to a hypnotic state.

Afro-house is derived from traditional house music but was combined with South African music.

It had soulful and positive vibes to it. Tribal music can sometimes be heard in the songs when played.

This particular sub-genre flourished from the South African culture.

It is known to use deep bass sounds. The sound is usually heavily distorted.

Bass house is still considered a new genre because it first appeared during the 2010s.

Chicago house is the sub-genre that sounds the most like raw house music.

The beat in this sub-genre is quite fast because it is in four-by-four style.

It is highly influenced by disco, funk, and hip-hop.

Deep House sounds almost like the original house music, but it has a slower rhythm.

This subgenre has a BPM of 120 beats per minute. It is hugely influenced by jazz music, mixed with soul, also funk.

Electro house, one of the sub-genres of house music that is integrated with sounds with electronic vibes.

It is the basis of house music that is popular and often used up until now.

It is influenced by synthpop, electro music from the ’80s, and techno.

Funky House started to develop during the late ’90s. It has positive, happy, and bouncy vibes and extremely easy to listen to.

This subgenre got its influence from disco music, often uses vocal sounds from female singers.

Future House is one of the newer genres because it emerged during the 2010s. It contains many futuristic sounds and is influenced by UK Garage and Deep House.

Garage house is one of the genres generated from New York and New Jersey. It got its name from one of the then-famous nightclubs in New York with the resident disc jockey, Larry Levan.

The genres Disco and Soul influence garage house. Most of its sound consists of piano-based music.

Another notable thing about it is that a female vocal singer’s sound can often be heard in the tracks.

Latin house, like how the name suggests, is influenced mostly by Brazilian music and salsa.

This subgenre is popular in the East Coast and other places like Miami.

It is first known to have been created in the mid-1990s.

House music lives on through its many, many sub-genres. Sub-genres like deep House or French filter house sound like the original house music.

As the years go by, house music gets integrated with other genres such as pop, Latin, techno, etc. Just like every other music genre, house music has aged quite finely, considering it is thirty-something years old now.

House music is now considered an umbrella term for many electronic music styles or, as we call it nowadays, EDM.

Many newly produced house music is even considered pop because of how much the sound is filtered and altered. Many sub-genres have been produced over the years, but many of them lose popularity and get replaced with a new sub-genre.

This is the significance of house music; it can be recycled and remixed with any other sound from other genres.

They are all still considered house music though. House music is eternally progressing and sparking new identities from its core.

It is not dying; it just evolves and adapts as the year changes.

Music is one of the great inventions that was created to have a huge influence on human civilization.

It helps people make history because it is continually changing and has evolved throughout the years.

No doubt, House music is one of the most influential music genres that has ever been invented.

Electronic house music is derived from this genre. Nightclubs from all over the world would not live without the creation of house music.

There are many music genres from across the globe, and they all take turns being in the spotlight.

Unpopular music genres never die out. Someone somewhere will still be listening to them faithfully.

These music genres are actually just staying dormant, waiting to be found again.

If interested, check out our guide on how to make house music.