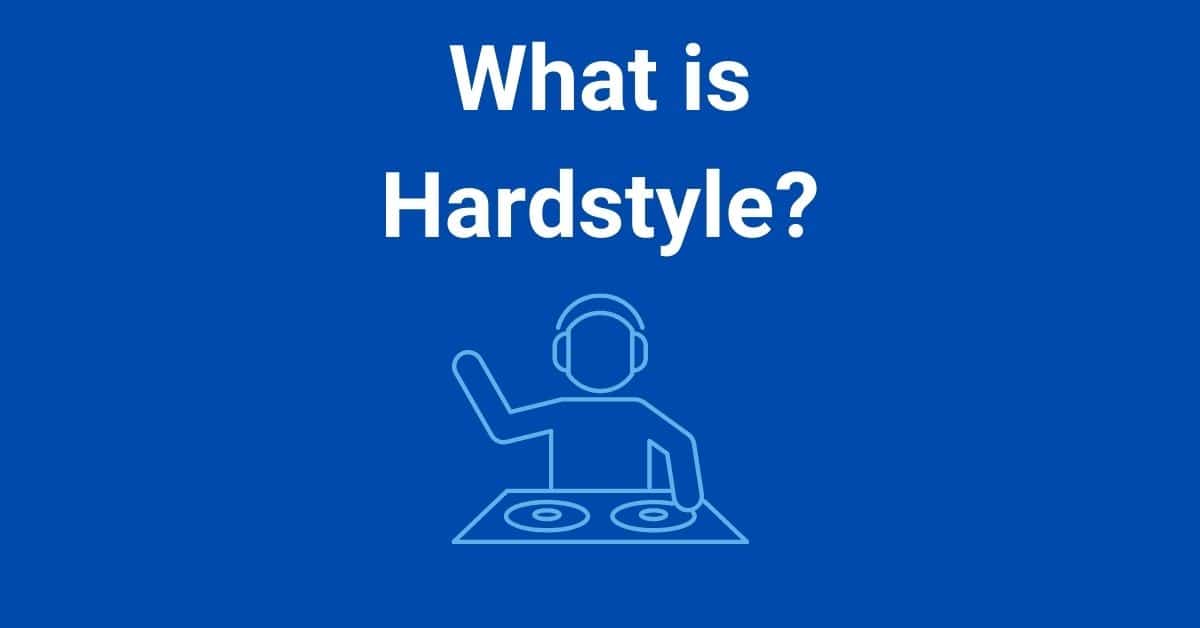 The cultural impact of hardstyle music can never be denied. As a sub-genre of EDM (electronic dance music), hardstyle is characterized by heavy use of synthesizers and sound distortion.

Loved by thousands of festival-goers and trance music fans, this energizing music genre is filled with the kinds of kicks and bass that demand your most liberated dance moves.

While it all began in the Netherlands, it would be impossible to say that this electrifying dance music is not been loved anywhere else. It has made its way into listeners’ hearts across continents, making it very clear that the genre is here to stay.

Take a look at the evolution of hardstyle music, from the late 90s and early 2000s to commercialization and present-day mainstream acclaim.

Some people refer to hardstyle as hardbass, an apt title for a genre that relies on intense basslines.

As part of the EDM family, it only makes sense that the hardstyle genre can be distinguished by a hard kick drum and other distorted sounds, riding on the bassline’s intensity.

Though many of the types of hardstyle you hear today are a lot different from early hardstyle, they all tend to range between 135 and 160 BPM.

Amid an uprising of musical genres, hardstyle music arose.  It began in the late 1990s as an experiment amongst Dutch musicians who mixed different elements of different genres.

Two notable genres amongst these are hardcore and hard trance. Because hardstyle results from the evolution and mixture of other genres, it is difficult to say precisely when and how it began.

For this same reason, there is no way to tell who the first pioneer of hardstyle was. It is worth noting, however, that Q-dance produced the first credited hardstyle event in 2000.

The events company later went on to trademark the term ‘hardstyle’, after realizing the success and potential of hardstyle-centered events.

From early hardstyle to younger subgenres like euphoric hardstyle and rawstyle, the genre has quickly branched out into multiple unique sounds with their own personalities.

Staying true to its name, euphoric hardstyle features a distinct use of ‘cheerful’ samples, upbeat melodies, and catchy lyrics.

These elements make euphoric hardstyle and a perfect way for festival-goers to connect through dancing, chanting, and singing along.

Of course, the emphasis is on creating a sense of euphoria, giving this subgenre a ‘feel-good’ appeal.

Influenced by hardcore and early hardstyle, rawstyle can be recognized by its reliance on darker melodies and overall harder sounds.

Some rawstyle also includes aggressive lyrics. In this way, rawstyle is in direct contrast with euphoric hardstyle.

This combination is one that creates a more raw sound, hence the name of this subgenre.

Reverse bass is characterized by a pulsating rhythm, which is created by reversing the bassline.

With the tail being stronger than the front, a reverse bass song completely changes what a listener would expect to hear from the sound of a regular kick.

The effect is a mesmerizing yet energizing dance tune.

While it is debatable that hardcore is a subgenre of hardstyle and not a completely different genre altogether, its influence on and similarity to hardstyle cannot be denied.

Hardcore is a fast-paced sound (160 – 200 bpm) with intense kicks and synthesized bass that creates a challenging and often aggressive techno beat.

Where is Hardstyle popular?

With the roots of hardstyle being in the Netherlands, much of its love is concentrated in Europe.

Some of the world’s most popular hardstyle festivals and events happen in European countries such as the Netherlands, Czech Republic, and Germany.

The United Kingdom also makes up a significant part of hardstyle’s listenership.

Despite its popularity in Europe, however, hardstyle music has begun to impact other parts of the world over the past few years.

Listeners in Australia, South Africa, and the US began to pay more and more attention to this genre from the mid-2000s onwards.

Hardstyle is essentially festival and dance music. Having reached its commercial peak, the genre resonates with those who love the open air, flashing stage lights, being surrounded by like-minded festival-goers, and dancing like there is no tomorrow.

Indoor events are well-loved, too, with smoke machines and sky-high ceilings that create an atmosphere of freedom and happiness. The underlying fact is that this is a genre that brings people together, no matter where they are from.

The rise of so many events is a testament to how much the genre has grown, both in and outside its European beginnings.

Arguably the most famous of all hardstyle events, Defqon.1 has been alive and kicking for decades.

It is best described as an annual weekend festival that takes place in the Netherlands, Australia, and Chile.

The event revolves mostly around hardstyle, but attendees can also enjoy hard trance, hardcore, and hard techno at the event.

For those who cannot attend physically, Defqon.1 is also live-streamed through video and audio.

Each year, the festival features a theme and anthem, which sets the tone for one of the best weekends that attendees get to experience.

Intents in a multi-day festival that takes place on a campground. It spans over two days, with hardstyle, hardcore, and freestyle’s best performers giving attendees an unforgettable experience.

Intents is well known for a spectacular stage production that includes lights, lasers, and pyrotechnics that all work in harmony with video and audio. The festival venue is decorated with some of the most memorable themes and colors on top of it all.

Held in Antwerpen, Belgium each year, Reverze is an event that revolves around hardstyle, hardcore, and jumpstyle. Each year, the event organizers present a theme and anthem made by a DJ, which both drive what those in attendance can expect.

Reverze is held in the Sportpaleis and Lotto Arena, with a different lineup for each arena.

Qlimax is an annual hard dance and hardstyle event held by Q-dance in the Netherlands. As one of the world’s leading hardstyle events, it attracts almost 30,000 EDM lovers each year. With an emphasis on phenomenal stage production and sound, Qlimax offers a full and satisfying experience.

Like many other dance events and festivals, this one features an annual anthem. Some notable artists in the lineup have included The Prophet, Wildstylez, DJ Isaac, Alpha Twins, and Da Tweekaz.

Although a relatively young genre, hardstyle has made great strides in its reach across the world.

From humble beginnings amongst a small fanbase in the Netherlands to making its way across multiple continents, this genre has shown that even the most unexpected sounds can be appreciated by music lovers worldwide.

With its earlier years being lived out in the underground EDM scene, hardstyle made a refreshing breakthrough in the 2010s as a commercially accepted genre.

Since then, it has made its transition from an exclusively Dutch experience to one that fans worldwide could jam to.

In terms of the genre, the early 2000s were characterized by an emergence of hardstyle labels such as Fusion Records and Scantraxx.

This, along with a move to a more melodic sound (i.e., euphoric hardstyle), played a significant role in making hardstyle accessible to listeners outside of the Netherlands and Italy.

During the late 2000s, the more melodic types of hardstyle picked up in popularity over the internet, further driving the spread of the genre as a whole.

Not only did global listenership grow, but musicians in other countries were also able to produce and develop hardstyle, adding a local flair where they saw fit.

As a result, hardstyle has become a vast and versatile genre that can be enjoyed in the comfort of one’s bedroom, as well as in the open air with flashing lights and joyous crowds.

Today, it is one of the most loved areas of EDM, solidifying its presence amongst older genres.