What is Drum and Bass?

We hear a lot about EDM and its sub-genres that are popular nowadays. Even though the term EDM only seems to have gained popularity in the past decade, electronic dance music is not something new.

It’s been around and played in clubs for several decades. One of the popular genres in the dance music scene is Drum and Bass, also known as DnB. Originating from Jungle music, Drum & Bass gain its own popularity due to its darker and sinister tone.

Drum and Bass used to be segmented as underground music played in clubhouses.

However, with more popular artists utilizing the drum and bass elements in their music, the genre is slowly being recognized by the mainstream. Some of the best drum ‘n bass artists are still known for their work up until now.

Some people are debating whether drum and Bass is already dead or not due to the rise of other genres. But the drum and bass genre is still very much alive, and many existing artists are making new tracks, and many loyal fans are listening to them.

What Defines Drum and Bass?

Drum and Bass is an electronic music genre known for its fast breakbeats within 160-180 beats per minute. From its name, we can tell that sampled drums and heavily synthesized Bass dominate the music.

But from the beginning, drum & bass has incorporated various scenes and styles into its themes, such as electronic, industrial, techno, reggae, and jazz. For a short period in the early days, DnB was defined as pure electronic music with a DJ playing sampled tracks.

Still, along with time, the genre developed into a broader sound and fused with other genres such as metal and rock, so it is now common that Drum and Bass shows feature drum and bass
players playing actual instruments on stage.

Drum & Bass’s drum elements are usually produced by samplers such as the Amen Break that was commonly used at the dawn of drum and bass production. Now artists have a wider range of samplers to produce their tracks.

The rhythm composition usually starts with a fast drumbeat, creating a background the artist can use to ‘paint’ their music.

In Drum and Bass, the beats must remain on high tempo 4/4. If it gets any slower, I may be classified as techno instead of Drum and Bass.

As important as the drum beats, the bass line plays a significant role in the music. This is why a lot of the time, the bass line is layered with a sub-bass pattern to create a heavier sound.

The Bass can be high pitched, low pitched, or even a combination of both. Most of the bass lines are sampled using a synthesizer, but some artists use an actual electric or acoustic bass to produce their track.

Like any other electronic music, a synthesizer is one of the most important elements for producing a track. The synthesizer is useful to pitch up and down the drum and bass sound.

It is also used to create an ambiance to the music and add some light elements from jazz or darker elements to create a heavier feel.

In Drum and Bass’s early period, the tracks were produced with a much slower tempo around 130 BPM and slowly speeding up. The tempo on Drum and Bass is known as rapid, usually between 160 and 180 BPM.

This is what makes Drum and Bass different from other electronic or techno music. Some artists experimenting with slower BPM, but the tracks produced in a slower tempo around 140 BPM, usually called Drum and Bass influenced breakbeat tracks and not pure Drum and Bass.

The Origins of Drum and Bass

Drum and Bass’s history started in London from the late & ’80s to early 90’s when the number of nightclubs was growing, and more outdoor events were held.

That was when the rise of electronic music began. The music was started as a combination of sampled syncopated beats from different music genres and even dialogues from movies and television programs combined with hardcore noises.

In early 1991, electronic musicians started to reduce the heavily sampled tracks and produced heavy bass lines on top of drumbeats.

The bass lines are heavily influenced by reggae style, creating a ‘hardcore jungle’ known as ‘jungle’ later on.

The genre gained its popularity in 1993 and became a part of the popular youth subculture.

The jungle rave scene was heavily associated with violence and criminal activity because of its aggressive and sinister sound reflected in the samples used.

In 1995, many jungle producers moved away from the reggae-influenced style and created a more complex, heavily edited breakbeat percussion and noticeable bass line creating the Drum and Bass genre.

The music becomes more technically polished and started to be played from radios and mainstream media.

It made the Drum and Bass become more popular and gain acceptance from the public. As it gained more popularity among the mainstream, a lot of sub-genres were created.

However, towards the late ’90s, Drum and Bass’s popularity was dimmed by the peak of other genres such as speed garage and house music establishments, including garage house, acid house, and hip house.

Even though we can still hear of the Drum and Bass elements in many famous artists; works such as Linkin Park and the rise of new artists such as Pendulum.

Sub Genres of Drum and Bass

Electronic music is liquid and flexible. It’s not strange that we found a lot of sub-genres created later on. Some of the sub-genre born from the Drum and Bass root include:

Is Drum and Bass Popular in America?

Drum and bass has been a popular genre of music in America for as long as it’s been around. The fast-paced rhythms, heavy bass lines, and intricate percussion patterns are what initially drew many Americans to this genre of electronic dance music.

However, despite being one of the most popular genres at clubs and raves throughout the country, many Americans still have not heard of drum and bass or have only a passing familiarity with it.

It’s not as popular in America because it’s not as accessible. In the UK, drum and bass is everywhere, on the radio, in clubs, and in the mainstream. In America, however, it’s mostly relegated to the underground. There are a few stations that play it and a handful of clubs, but overall it’s not as big here.

What BPM is Drum and Bass?

Drum and bass is typically around 170 bpm or beats per minute, making it one of the fastest types of electronic dance music.

Drum and bass is a type of music that incorporates fast-paced beats along with other elements such as distorted bass lines, synthesizers, and effects to create an exciting and intense sound.

What to Wear to a Drum and Bass Night or Event?

With the popularity of drum and bass music on the rise, more and more people are flocking to events and nights dedicated to this genre. If you’re thinking of attending one of these events, you might be wondering what the dress code is.

Generally speaking, there is no specific dress code for drum and bass events. However, that doesn’t mean you can show up in whatever you want. There are still some guidelines you should follow to ensure you look chic and stylish.

Here are some tips on what to wear to a drum and bass event:

Go for dark, neutral colors. Black, grey, and navy are all great choices. Not only do they look good, but they’ll also help you blend in with the crowd.

Wear something form-fitting. Drum and bass events are all about dancing, so you’ll want to wear something that won’t restrict your movement. Figure-hugging dresses and pants are always a good option.

Don’t forget the accessories. A bold statement necklace or a pair of trendy earrings can do wonders for your look.

If you’re really unsure about what to wear, don’t be afraid to ask other attendees. Most people will be happy to offer their opinions and suggestions! And one last thing – make sure you have comfortable shoes. You’ll be on your feet for hours, so you don’t want to be in pain by the end of the night.

Top Drum and Bass Artists You Should Explore

If you are new to the Drum and Bass scene and you don’t know who to listen to, here is a guide to some of the top drum and bass artists you should listen to:

Andy has been a key figure in the scene since he established his label RAM Records and released a jungle track Valley of the Shadow back in 1992. In 2011, Mixmag readers voted him
as the greatest DJ of all time.

The duo from London always dedicated their acts to Drum and Bass at many festivals. They collaborated with many stars, including Rihanna, and their performance is usually completed with an actual drummer and MC on stage.

The trio has won the prizes of best producers on multiple occasions. Their last album Outer Edges brought them on a world tour with spectacular stage shows.

They proved themselves as qualified music producers by gaining success and recognition outside the Drum and Bass scene.

The Belgian artist started to gain attention in the scene by his remix of Mike Snow’s track Black & Blue. Released numerous albums and countless tracks and remixes, now he is known across the globe with a lot of loyal fans.

In 2012 and 2013, Sub Focus achieved a string of chart hits in the UK. The DJ makes many appearances at music festivals across Europe, making them pretty busy with performing and
live shows.

The duo has produced four albums and countless collaborations with other artists. Having participated in the new Drum and Bass festival in 2016, they have become one of Austria’s biggest stars.

The band raises a debate between the Drum and Bass fans whether they belong to the drum and bass scene at all. But even when they seem like a typical rock band, they still bring the drum and bass elements heavily with a DJ set every time they’re performing.

Where is Drum and Bass Popular Today?

Drum and Bass is still popular mostly in the UK, where it originated.

With so many mainstream artists and pop musicians using some influence and elements of Drum and Bass, it is now pretty popular worldwide.

However, the popularity of Drum and Bass is still very segmented. Only a small portion of music enthusiasts listen to Drum and Bass.

The majority of people can’t even differentiate between Drum and Bass and other electronic music, especially when the term EDM has become more popular. More artists are experimenting with other genres and instruments.

Even when many Drum and Bass artists appear at music festivals, many of them not only dedicate the show to Drum and Bass exclusively. Sometimes they create a playlist including different tracks and genres so the crowd can get into the flow dancing.

This is probably the main reason why the genre is popular with more specialist fans, but we have to admit that there is a strong bond between the artists and their loyal fans. 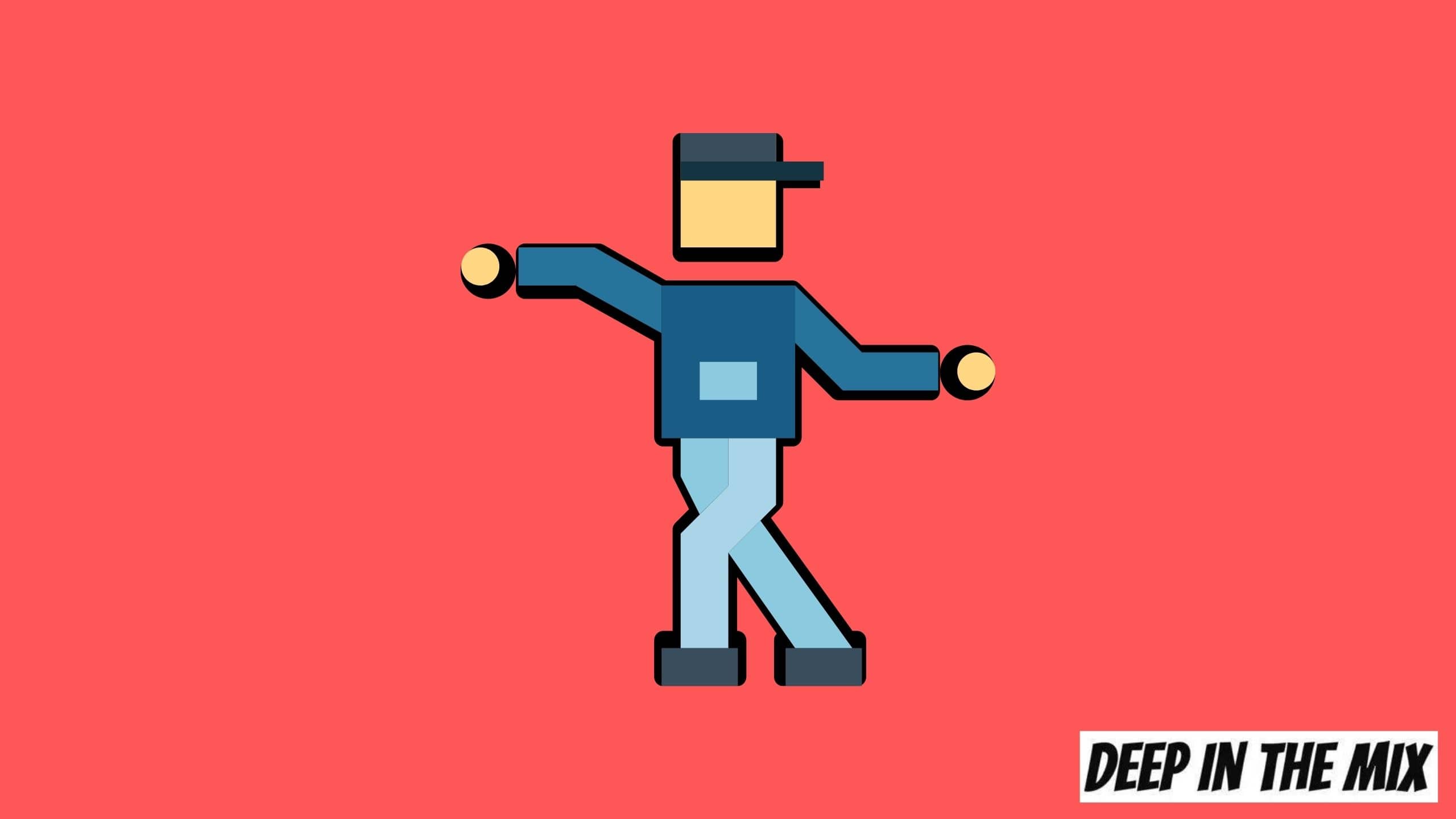 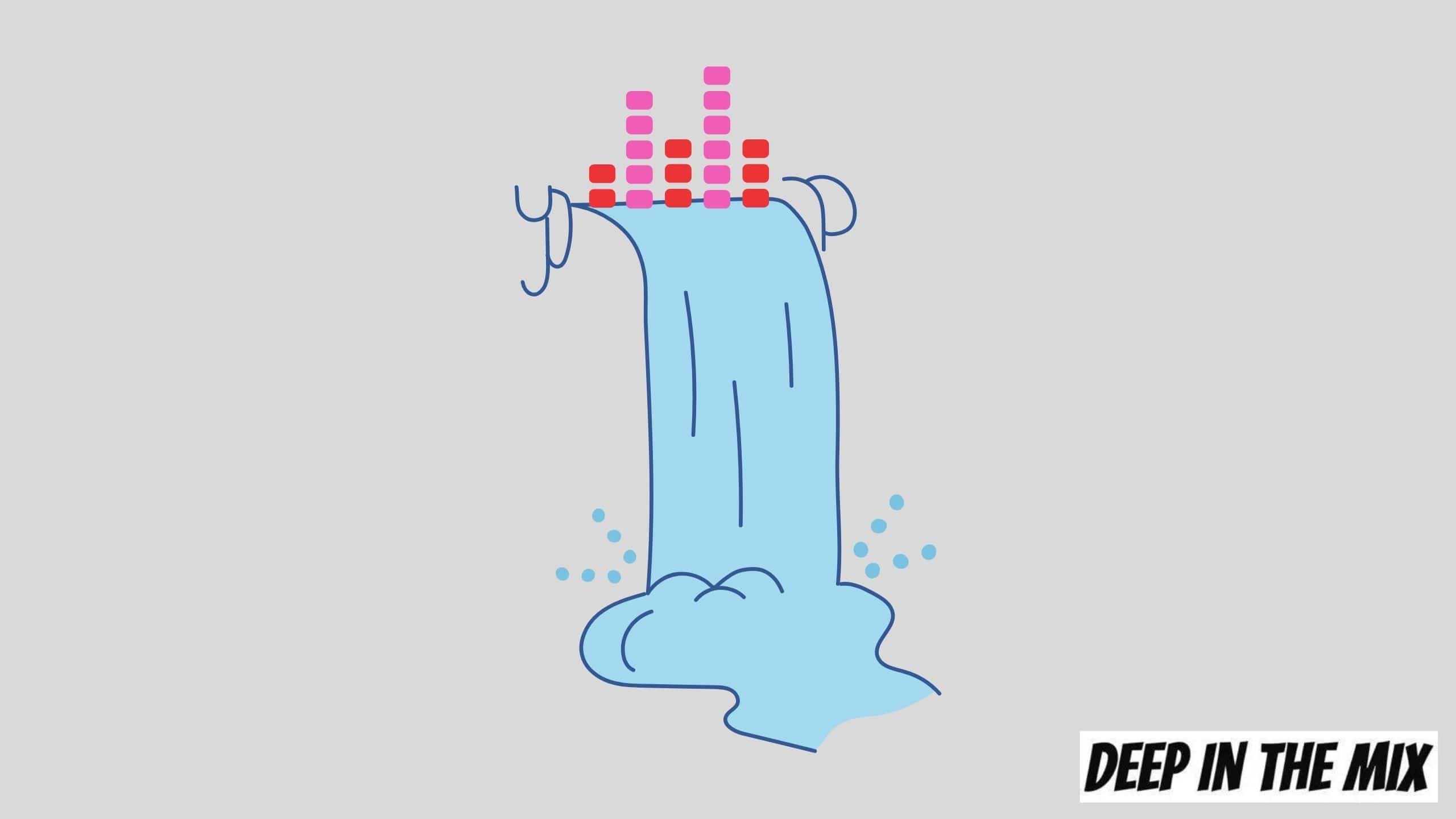